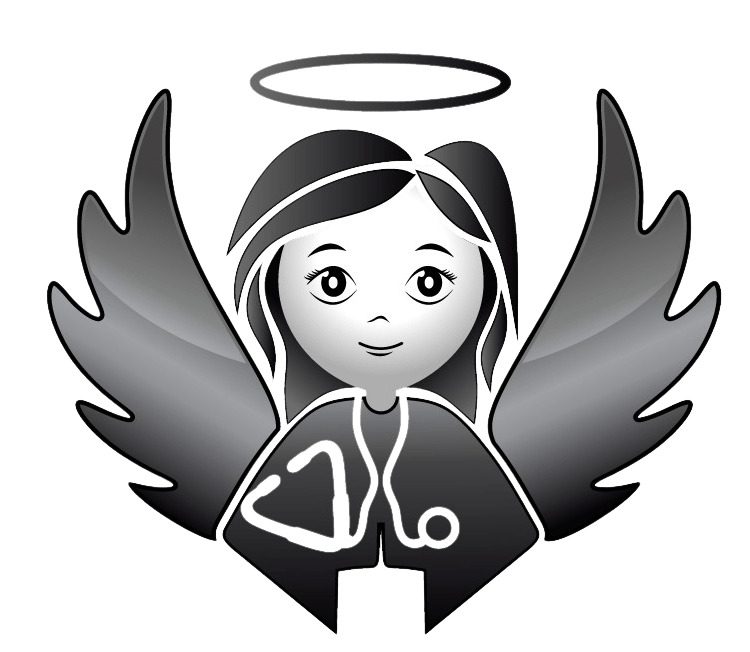 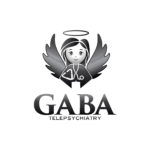 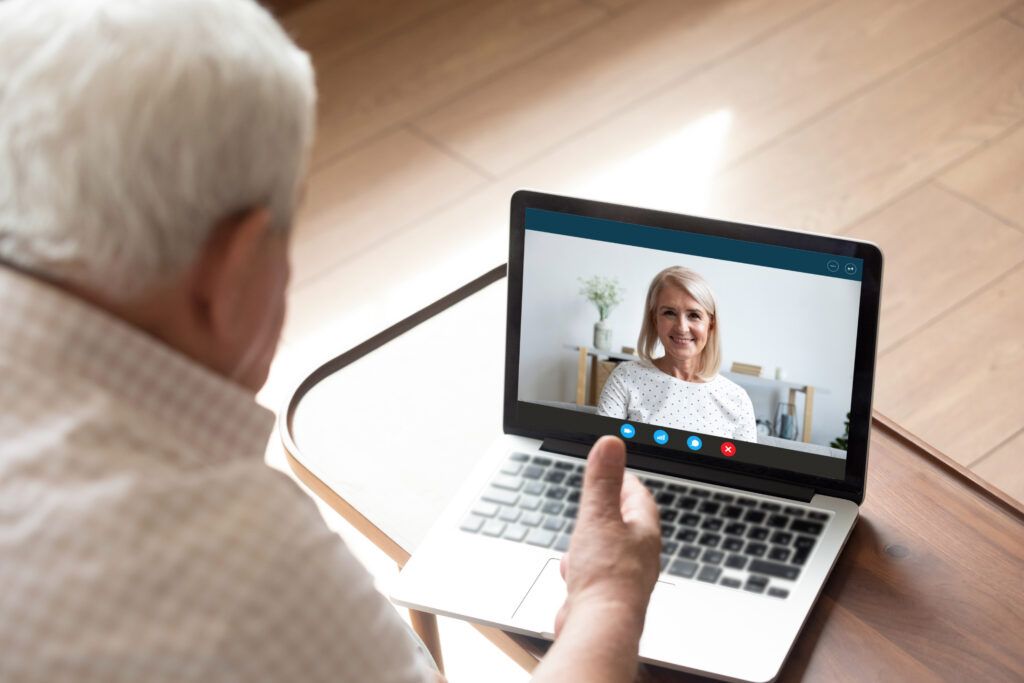 What is Bipolar Disorder?

Bipolar Disorder, as the name suggests, causes two-poles, one of extreme low (depression) and the other of extreme highs (mania, hypomania, or excitement). Both poles are clinically diagnosed, and patients may or may not have normal moods between extreme mood swings or episodes.

Previously known as manic depression, bipolar disorder is a type of mood disorder that can be further divided into two types – Bipolar I and Bipolar II.

What is the Difference between Bipolar I and Bipolar II?

So, what exactly is the difference between the two types of bipolar disorders?

Diagnostic Criteria for Bipolar I Disorder

To be diagnosed with bipolar I disorder, it is necessary to meet the following criteria that define a manic episode:

To be diagnosed with bipolar II disorder, it is necessary to meet the following criteria that defines a hypomanic episode as well as the criteria for a current or past major depressive episode:

While there are several differences between the types, the main differentiating factor is the severity of the mania or hypomania episodes. This means bipolar type I requires a manic episode while for bipolar type II, no manic episode should have occurred. Also, bipolar II does not have any psychotic features such as hallucinations, delusions or loss of touch with reality.

What are the Symptoms of Bipolar Disorder?

Symptoms can vary from person to person, and over time. There are three main symptoms of bipolar disorder are mania, hypomania, and depression.

Delusions are common in a manic phase and some individuals can become hostile, physically threatening and assaultive to others and/or suicidal as they lose touch with reality. Psychotic symptoms, such as delusions, can occur in episodes of mania as well as depression, but not hypomania. A severe mood disorder with psychotic symptoms can sometimes even be misdiagnosed as schizophrenia.

In the relatively milder, hypomanic phase, patients can be erratic, edgy and impulsive. Impulsivity can contribute to suicide attempts and substance use disorders. Anxiety and overexcited, attention deficiency, difficulty in sleeping, and heightened levels of creativity are common symptoms of hypomania. In fact, an individual’s attachment to heightened creativity during hypomanic episodes may contribute to ambivalence about seeking treatment or undermine adherence to treatment.

Studies show women with bipolar disorder are more likely to experience milder mania episodes and longer/more depressive episodes. They are also at a higher risk of thyroid disease, obesity, migraines, anxiety, and alcohol use. Additionally, bipolar disorder symptoms can be difficult to identify in children and teenagers, because of normal mood swings, caused by hormonal changes, stress, or trauma.

What does it feel like to have Bipolar I versus Bipolar II?

While bipolar disorder is linked with periods of “ups” and “downs,” it isn’t just a change in mood from happy to sad but rather periods of severe depression and extreme unrealistic euphoria (mania). Bipolar disorder can include a combination of other emotions such as rage and delusion.

During manic episodes in bipolar I, you tend to feel an unlimited and haphazard sense of happiness that occurs due to delusions and loss of touch with reality. Other abnormal, erratic behavior occurs in both manic and hypomanic episodes, though the intensity of the mood may vary in each case. You may also experience extreme “lows” or depression in both bipolar I and II.

What are the Causes of Bipolar Disorder?

There are at least 15 different variants of bipolar disorder on gene analysis. Most severe types can be accompanied with delusions, hallucinations, and abnormal behavior while the milder types can be present with periods of elevated mood, increased productivity and irritability, and periods of depression. Some mild forms of bipolar type 2 often go undiagnosed because the sufferers can often manage their lives, maintain their jobs and fulfill their responsibilities successfully.

There are several external factors that increase or exacerbate the risk of bipolar disorder. Exacerbations include extreme stress, sleep deprivation, malnutrition, traumatic experiences such as loss of a loved one, drug or alcohol abuse, certain prescription medication, physical illness, hormone shifts such as during pregnancy, childbirth, menopause.

There are no differences in the risk of bipolar disorder associated with ethnicity, education, marital status, or income.

Yes, bipolar disorder can be passed from parent to child. Research suggests that people who have a relative with the disorder, have up to a 10 times higher chance of developing the disease than those without any family history of the condition.

How do I know if I have Bipolar Disorder?

Diagnosing bipolar disorder can be difficult. This is because symptoms such as ADHD and schizophrenia can occur without the disorder, and diagnosis in women can often be complicated due to reproductive hormones.

A combination of tests should be done by a doctor or a licensed professional to know if you are diagnosed with bipolar disorder:

The Diagnostic and Statistical Manual of Mental Disorders (DSM) outlines symptoms for mental health illnesses, including bipolar disorder. Doctors follow these criteria to confirm if you have bipolar disorder.

Why do people with Bipolar Disorder sometimes experience Stigma?

Most people do not know what bipolar disorder means. The term ‘bipolar’ has been casually thrown around to describe any type of irrational, or unpredictable behavior. However, bipolar disorder is a specific mental health condition, in which a person experiences periods of depression and periods of elevated mood that lasts for days. People with bipolar disorder do not typically have variable mood swings throughout a day, and are usually not irrational or erratic, except during the extremes of a depression or mania episode.

You can overcome the social stigma around mental health illness and mood disorders, by understanding the illness and be in control of it.

In most cases, symptoms of bipolar disorder are treated with medications and psychological counseling, but a detailed treatment plan is individualized based on your specific symptoms.

Why is it Difficult to Treat Bipolar Disorder?

In fact, it is common for many psychiatrists to only treat manic episodes and neglect to treat depression. This is why many individuals with bipolar disorder remain chronically impaired due to, often untreated, depressive symptoms.

People with bipolar disorder are already prone to psychotic symptoms. After using marijuana, these bipolar patients have a higher tendency of developing psychosis. Moreover, individuals with bipolar type 2 (milder form) are more likely to develop psychosis, paranoia, hallucinations, after marijuana use, and can wrongly be diagnosed with bipolar type 1 (more serious form).

Therefore, avoid using marijuana or medical marijuana when you have bipolar disorder.

Can I Drink Alcohol if I have Bipolar Disorder?

While you can drink alcohol and consume cannabis when you have bipolar disorder, it is not recommended. Alcohol may temporarily help during hypomanic and manic phases disorder. However, it only worsens bipolar depression in the long run. Moreover, people with bipolar disorder also have a higher predisposition to addiction.

Therefore, it is advised not to self-medicate your condition with alcohol and/or cannabis and be cautiously conservative with your use of these substances.

The short answer is yes! Yes, you can get married and have kids.

With relationships and marriage, it is crucial that you are honest about bipolar disorder. Because bipolar disorder can greatly affect relationships, it is recommended to share with your partner as much information about your condition. Facts such as when you were diagnosed, what to expect during your depressive phases and manic phases, how you treat your mood swings, and how they can help can be extremely useful for both you and your partner.

Treatment is key. Treatment can help deal with symptoms and reduce the severity of changes in your mood. Your partner can also learn ways to help build a happy and healthy relationship.

When it comes to kids, though bipolar disorder can be genetically inherited, it does not usually pass down to children. Research suggests that 1 in 10 children of a parent with bipolar disorder will develop the illness. The fact that the first child has bipolar disorder is not relevant to the chances that the next child will have the disorder.

Women with bipolar disorder can relapse more often, during pregnancy due to hormonal changes. Therefore, if you suffer from bipolar disorder, it is important that you keep yourself healthy so you can have kids and be a good parent.

Do people with Bipolar Disorder have Normal Intelligence?

Yes. People with bipolar disorder have normal IQ/intelligence and can manage their condition to live normally. Because people with this mental health condition can experience changes in mood, energy, and activity levels, it can make their day-to-day activities difficult. However, it does not suggest lower intelligence. In fact, research indicates that bipolar disorder may be up to four times more common in straight-A students.

How to Live with Bipolar Disorder?

How to Cope with Bipolar Disorder?

The first step to coping with bipolar disorder is knowing that you are not alone. Studies show 60 million people suffer from and live with this chronic mental illness.

It is vital to remember that bipolar disorder is treatable. By receiving the right treatment, you can successfully control your condition. In fact, some of the world’s most successful people with bipolar disorder have learned to control and use their hypomanic episodes to enhance their productivity and creativity.

Bipolar disorder isn’t all bad. People with bipolar disorder tend to have above-average intelligence, social skills, humor, and creativity. One of the best ways to cope with this mental health condition is to educate yourself and those around you. Knowing what you’re dealing with can not only help you survive this illness but also let you live a happy and healthy life.

Coping with bipolar disorder involves a disciplined lifestyle such as regular eating and sleeping routines, refraining from substance abuse, psychotherapy, and monitored medication.

Most importantly, don’t be afraid to seek professional help when you require it. You can always get in touch with us here. 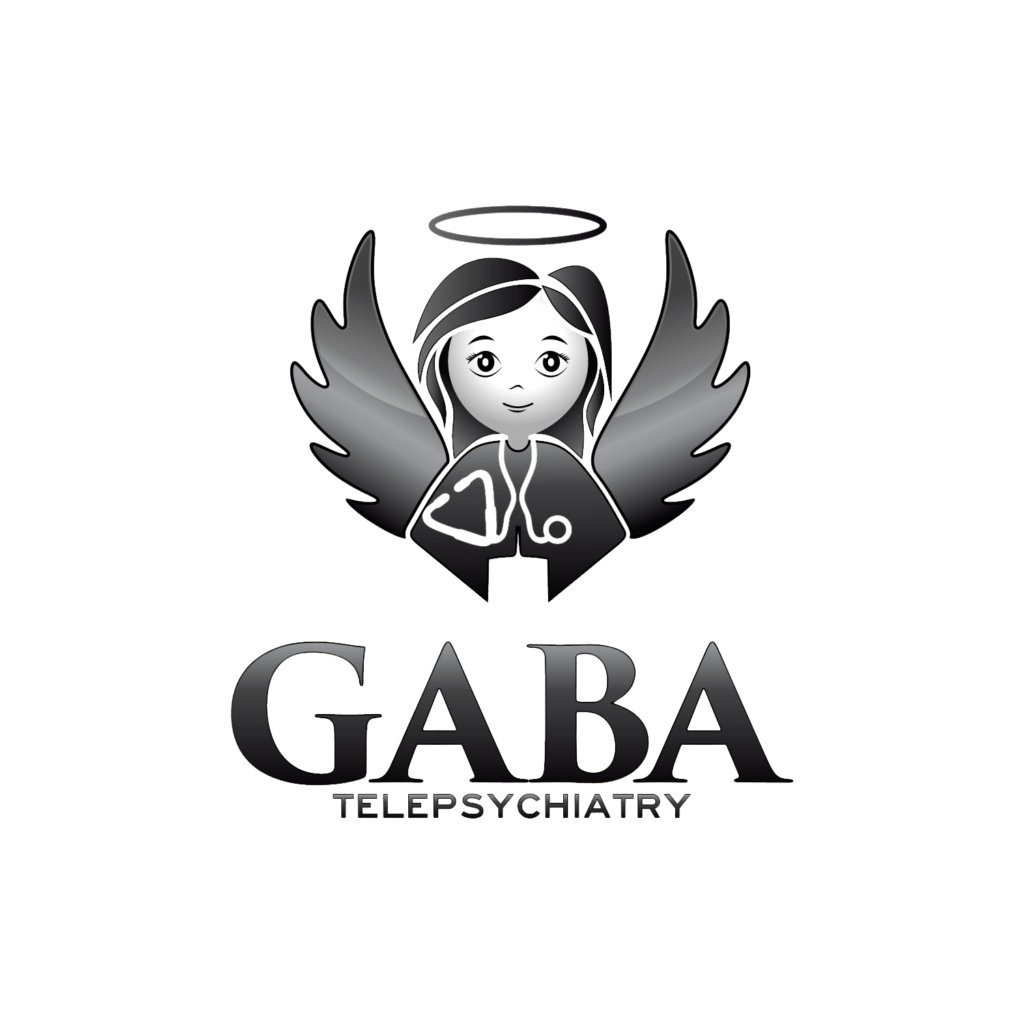 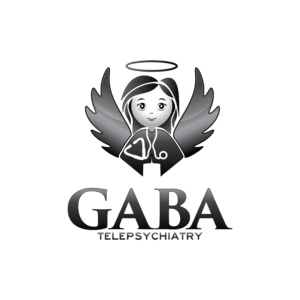 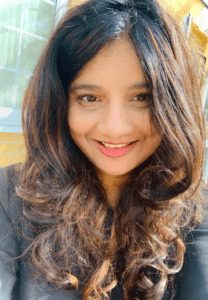 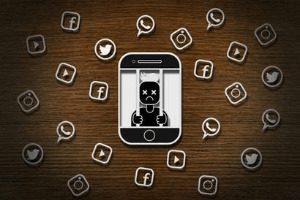 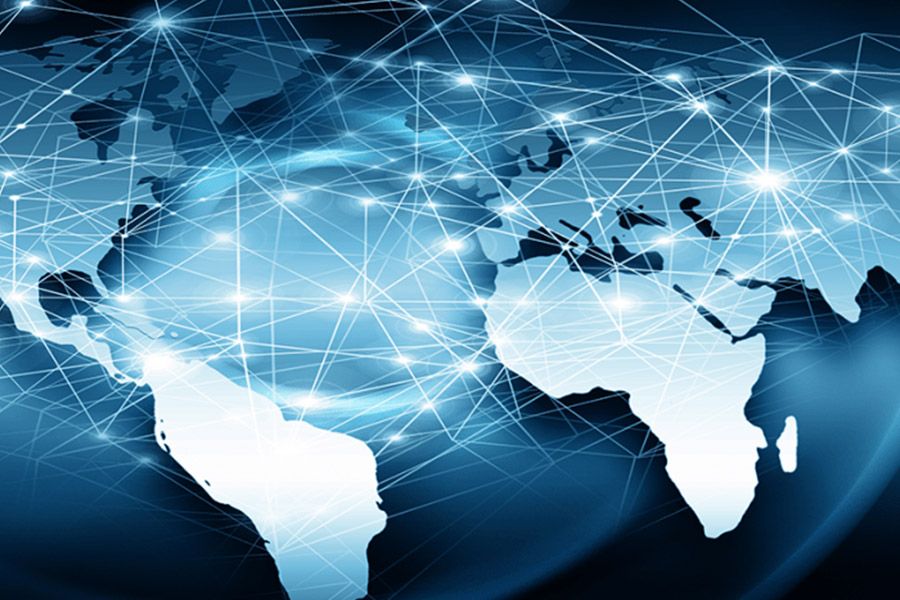 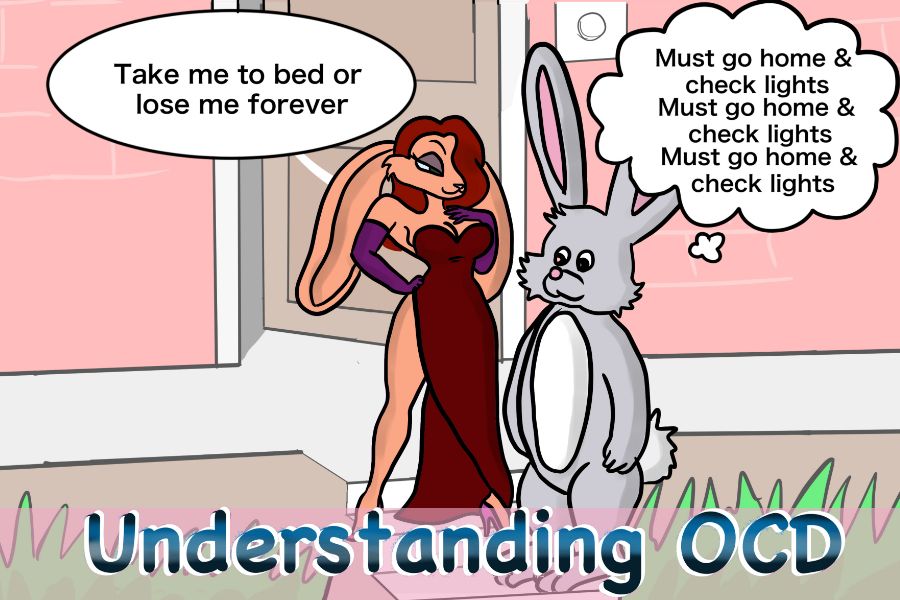 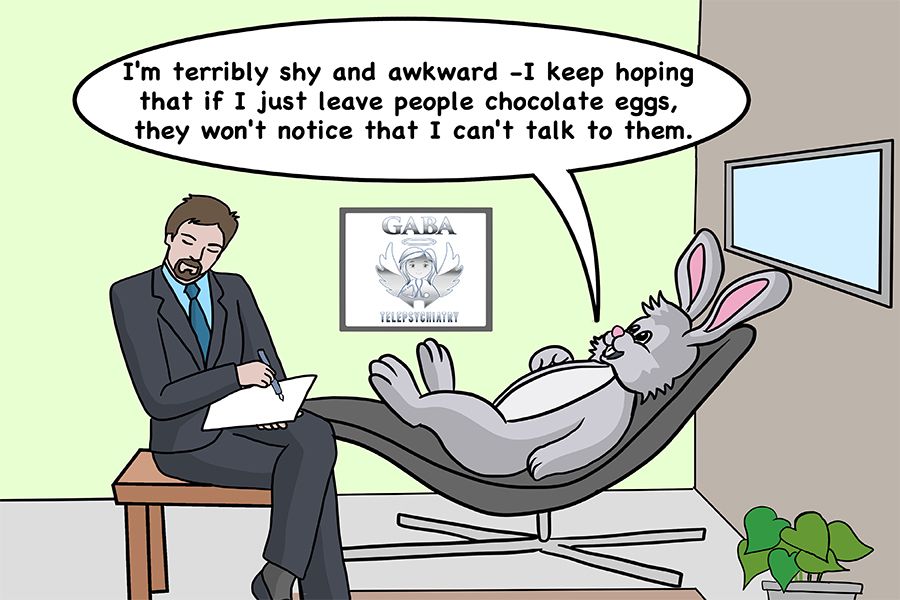